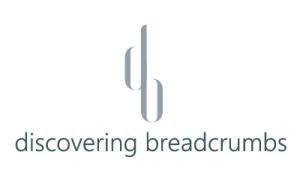 7 Principles for Successful Creatives and Athletes

One gorgeous night this past summer I was at an intimate wedding where I got to know a Grammy-nominated musician. We talked a lot about the arts and running, which we both love. We also talked about my daughter who loves music, loves to sing on her own and loves the idea of musical instruments. I always catch her putting on a show. I wanted to pick the musician’s thoughts on what instrument I should introduce her to first and when because she is only 5.

As we talked, I also let her know my daughter was athletic and loved sports too, so I was unsure about putting her into too many extra-curriculars. Her response made me think, and I’m still thinking on it.

First, a little about my past when I dutifully stepped outside everyday at 3:30 to coach high-school runners year round – cross country, indoor track, and outdoor track – I motivated myself and my athletes daily to show up, give a lot, and inspire each other. My team and athletes were great, of course! They surprised me with how much I could push them, and they surprised themselves with far they could go. Most freshmen were horrible their first year, never coming close to making the varsity team, but by their senior year after following a lot of what I’ve written below, they were on the varsity team and getting offers to run in college. There are a lot of things I’ve learned as an athlete and a coach and many of those ideas translate to so many other areas of life.

The musician I was talking to that night responded to my concerns by pointing out that many creatives were also athletic in some way. Then it dawned on me, so was I. All that running competitively then coaching transferred to my creative life too, specifically photography for me. I really wish I’d had this revelation back in college!

With my new revelation, I really started thinking about the parallels between the two. These are my thoughts, and if you work out, have worked out before, were an athlete or are still an athlete (or at least consider yourself one), then you’ll know where I’m coming from and can use these in your creative pursuits. If you aren’t an athlete and hate the idea of working out (been there too) these ideas still apply to you. I’m sure you’ll recognize them. Either way successful creatives and athletes use these principles play a part.

It looks easy when successful people do it, but really it’s not. Take a look at Peyton Manning, Usain Bolt and any other elite athlete and you think wow! what talent and it comes so easy to them. No it doesn’t. They might take offense too because they worked their tails off to get where they are and deserve that credit.Look at successful photographers, did they pick up a camera and naturally start shooting photos that were awesome? No way! And neither will you be.

Get in there and practice, make mistakes, work, do the hard stuff and you will get there. Don’t let their success fool you into giving up or ever saying I’ll never be that good.

Get to know the rules and mechanics. There are lots of rules in photography, writing, and I’m guessing other creative pursuits have their share as well. There is a reason. They help you produce good work.

Same goes for workouts and athleticism. Anyone can go out for a run, yet there are people who are faster because they follow rules of mechanics – where your arms should cross your body, your stride length, breathing, lifting knees. Same goes for lifting weights, throwing a ball, or whatever you do to work out.

Photography and creatives also have rules like don’t do chicken wings when holding your camera, composition rules etc – following these mechanics will help you produce better work.

Do yourself first, then worry about all the rules. I know this goes against the above but there are a lot of rules to learn in athletics, photography, and any other creative pursuit.Here’s the thing, you can’t learn them all at once, so I suggest you take time to figure out how things work for you.

When I coached, I never changed a freshman’s stride or body mechanics because I knew they would grow, and as they became stronger their bodies would naturally fall into more correct mechanics. Same idea for photography.

The more you shoot things you love and continue shooting as much as you can, you’ll find the mechanics, the things that work and don’t work. They’ll come. That said, study the rules but learn one rule at a time – it’s easier to absorb but never ever stop doing you over a rule. Create what you love and want first.

Choose 1 rule or mechanic to focus on at a time. When I started coaching I tried to change a lot about my runners but all at the same time. So I’d tell an athlete to lift their knees, get their elbows in, loosen their hands and relax all at once. Whew! The look I’d get from them! Like I’d lost my mind! They totally looked uncomfortable trying to put into motion everything I told them. So that last order to relax never happened.

After too many times, I learned to focus on one thing for each athlete until they learned it. It is easier to absorb, and they learned it well.Choose one thing you need to learn and focus on it until you are comfortable, then move on to the next thing.

Push yourself. You will never improve athletically or creatively unless you push your limits. It’s too easy to do the stuff you know.

Athletically this is the stuff your body knows. If you go out and run 3 miles a day every day on the same route at the same pace, you will never improve. You have to push yourself to go faster or farther to improve. Push the limits.

In photography, if you shoot the same perspective, the same subject and the same light all the time (yeah, golden hour shooters I see you!), then you will never improve. Push yourself to shoot several new perspectives or go out in mid-day sun. Try reflections, try still life, try anything that gets you out of your comfort zone. And don’t give it a half-hearted try to say you did. What I mean is don’t say you’ll try slow shutter speed and go out shoot a few frames then quit. No, really push to get some great photos or piece of art.

Go back to basics. This is especially true if you reach a peak or accomplished something.At the end of our seasons, I gave the kids 1 week off then we went back to basics, running miles without a workout. We were building our base again, something that allowed my athletes to improve every year.

In photography I’ve found after I feel like I’ve hit a new level I take it back to the basics for a little bit to remind myself of the small technical details and rules. It gives me a new perspective and definitely appreciation for where I am. When you go back and cover those basics, you are re-teaching yourself some things you may have forgotten and they will only help you improve more.

Find the zone. Have you ever worked out and felt like time flew by? You found the zone and were able to stay there. I encourage you to do the same with photography.

It doesn’t happen within the first 5 or 10 minutes – you need to warm up like in a workout. You should find it though after about 20 minutes of shooting. Find that zone and your shooting session will fly by. You’ll also find quality work.

Check out the other 7 important factors to success in this post!

Share this with another creative who needs a little motivational push out the door! And most of all go out there and create great stuff!